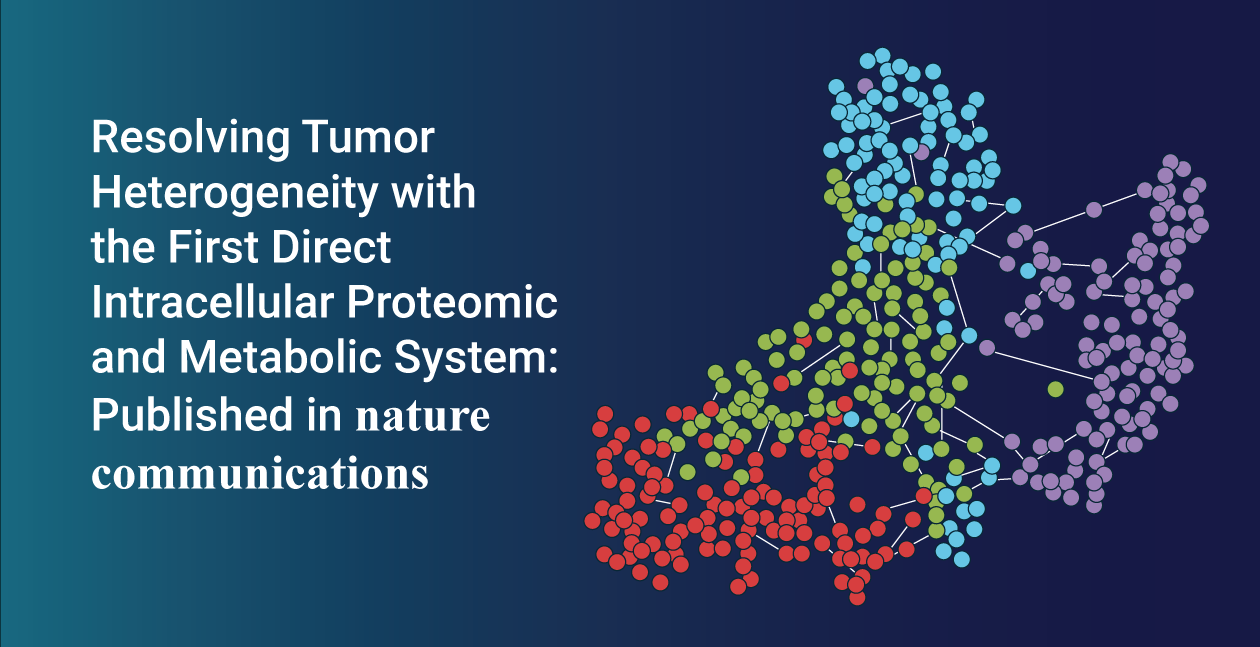 A major challenge in treating many types of cancer is dealing with the cancer cell’s ability to develop drug-resistance. While there have been many studies focused on gene expression in cancer cells, those changes can take time and research has shown that some cells can become resistant in a matter of days.

While some research has been conducted into the mechanisms of resistance, no data has previously been available that looked at the single-cell level, or that provided adequate information to connect the two cell states. In order to gain true insight, tumor cells must be analyzed at the single-cell level to detect all possible paths to resistance. In the beginning of drug adaptation, cells go through metabolic changes. Because of the importance of phosphorylated protein signaling in this process, it is critical to analyze single-cell functional phenotypic data on the intracellular phosphoproteome.

M397 cell cultures were analyzed each day after BRAFi treatment for five days. IsoPlexis’ panel was designed to simultaneously capture phosphoproteins and metabolites from single cells to get a snapshot of how these cells were functioning each day. A panel consisting of phenotypic markers and markers of oncogenic signaling, cell proliferation, and metabolic activity, which are all transformed in the preliminary drug response, was used to analyze single cells to resolve “the complex cell-state space traversed by the cells during the first few days of BRAFi treatment.”1

Each cell was characterized based on the levels of markers in six different categories: metabolic regulator, metabolite and metabolic enzyme, sensitive state marker/regulator, proliferation marker, signaling transducer, and resistant state marker/regulator. The below heatmap figure shows the distribution of the cell samples across the different collection days with each row representing a single cell and the columns (except for the last one) representing each individual analyte, color coded-according to their category. Single-cell profiling revealed that the expression of lactate dehydrogenase (LDH) and PHM2 as well as high glucose uptake was fairly uniform from cell to cell. At day 1 (D1) the glucose uptake is inhibited and most of the metabolic regulators and phosphoprotein signaling is blocked, showing that the BRAF inhibition treatment is effective. An increase in expression of MART1 shows that the treatment encourages transient cell differentiation then dedifferentiation on D3, which is then downregulated by D5. “However, a small subpopulation of M397 cells remained Ki67-High in D1, implying a slower drug response in that subset of cells.”1 On D3, many of the analytes show a sharp and temporary rise in variance, but this is reduced by D5. The only metabolic regulator that is not included in this change is p-LKB, and the regulator Slug. All other metabolic enzymes, resistant state markers, and signaling phosphoproteins do follow this pattern of change. Because so many markers show a rise in variation at D3, it suggests that there are one or possibly more cell state changes at this point in time.1  In D5, most of the cells go into a state of senescence, but do not experience any increase in apoptotic cell death. At this same time, there is an increase in the variation and abundance of Slug, the epithelial-mesenchymal transition-related transcription factor. This shows that some of the cells are beginning to trend toward the mesenchymal phenotype at this stage. Also, the factors generally associated with drug resistance, such as AXL, N-cadherin, NGFR, and TNFR, were elevated on D5.

“Contain both MITF-Low and MITF-High cell subpopulations, which tend to take different paths to develop drug tolerance. Thus, it is likely that the initial state of a cell would determine which path this cell may undertake. The coexistence of two distinct drug-response trajectories even in an isogenic cell line may explain the so-called mixed responses, which is commonly observed during the therapeutic treatment of melanoma patients. Such alternative escape paths may also explain why melanomas are so refractory to BRAFi-targeted therapy.”1

Their research showed that cancer cells don’t take just one path to drug resistance, which makes targeting the resistance mechanism even more difficult. However, drug susceptibilities were identified for both courses, one responded to inhibiting the glycolysis enzyme PKM2, and the other responded to the inhibition of NFκB-p65. Single-cell analysis did show that the invasive melanoma cells (MITF-Low) depend on NFκB signaling. While inhibiting both pathways showed significant tumor growth inhibition, because they are so essential to normal cells, the fear is that toxicity in non-malignant tissue will arise.1 So, researchers Su, et al. realized that an “increased dosage of BRAFi from the current cytostatic level to a cytotoxic level may eliminate the MITF-High subpopulation and its respective path.”1

With the help of IsoPlexis’ intracellular proteome and metabolome technology, researchers Su, et al. were able to come to the conclusion that “the resolved heterogeneous drug-response trajectories update the current understanding of resistance development and can provide a powerful methodology for identifying effective therapy combinations.”1 These data can now enable researchers to develop combination therapies to combat this common drug-resistant cell state.

To learn more about the movement of cancer cells, watch the “Understanding Cancer Cell Communication to Infer a Strategy to Inhibit Tumor Cell Migration” webinar with Dr. Denis Wirtz of Johns Hopkins University.