Recently, IsoPlexis’ single-cell functional phenotyping was highlighted in a publication in Leukemia (a Nature publication), “CAR T-cells that target acute B-lineage leukemia irrespective of CD19 expression.” IsoPlexis’ platform enabled researchers to predict which T cell therapies produced persistent results in difficult to treat situations, such as antigen escape. It had previously been reported that similar data in multiple myeloma (published in Blood Advances).

Researchers Fousek et al. designed a therapy to target multiple antigens that could either be used as a secondary, salvage therapy, or as an initial CAR-T therapy.1 The IsoPlexis platform was used to characterize the novel cell therapy products for effectiveness and potency. Highlighted findings from this study:

This construct was also found to be more activated when encountering target antigens (CD19+, CD20+, CD22) when compared with CD19CAR-T cells. “Only CD19/20/22CAR-T cells maintained CD20 and CD22 CAR expression and consequently their activity against these target molecules.”1 When this novel CAR-T product was tested in a long-term killing assay, the CD19/20/22CAR-T cells “eliminated target cells more promptly and sustained this affect over 5 days of testing.”1 IsoPlexis’ platform has identified persistence now in several publications, which has correlated to an increase in anti-tumor activity.

In a study with researchers at Massachusetts General Hospital, IsoPlexis’ technology predicted persistence and overcoming antigen escape in treating multiple myeloma (MM). “Rational design of a trimeric APRIL-based CAR-binding domain enables efficient targeting of multiple myeloma” was published in Blood Advances, a summary of which can be found here. Researchers in this study developed a novel construct to target both BCMA and TACI antigens that would lead to improved binding and efficacy against MM. Researchers Schmidts et al. utilized IsoPlexis’ platform to characterize their novel construct. With this, they observed enhanced binding to both antigens, enhanced activity, and upregulated polyfunctionality, which correlated with tumor killing in human and mouse models when compared to a monomeric construct.

The type of construct in this study proves to be a “promising therapeutic approach for MM” with the potential to prevent as well as treat BCMA escape. IsoPlexis’ single-cell functional biology was able to provide the data to help researchers determine functional differences between this unique CAR construct and other CARs. This helped to verify that this novel construct holds promise for the treatment of MM.

To speak with a functional cellular proteomics expert on how IsoPlexis’ platform can help accelerate your therapy program, click here. Learn more about what IsoPlexis’ Single-Cell Polyfunctional Strength solution can do for you by downloading the product sheet here. 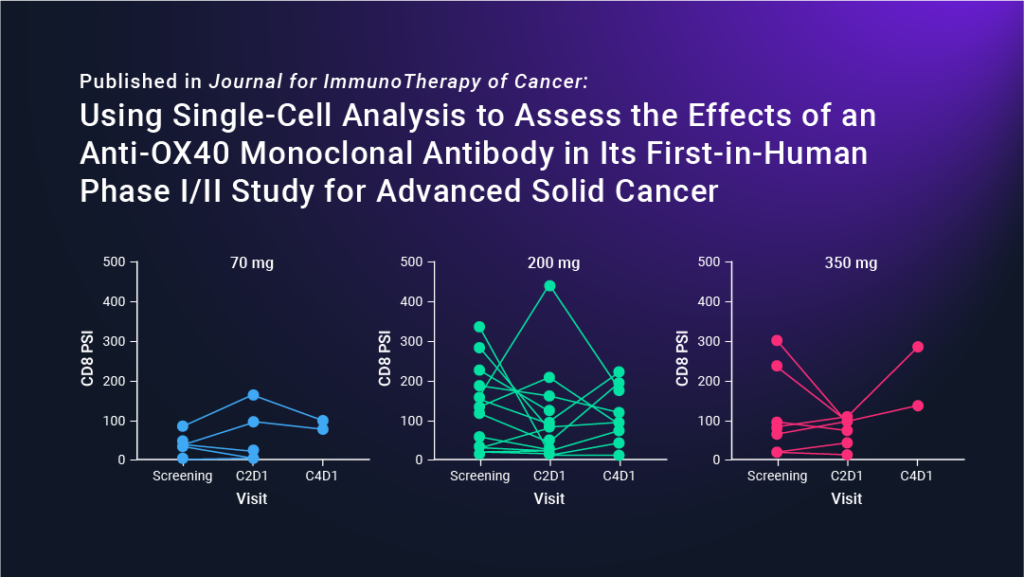